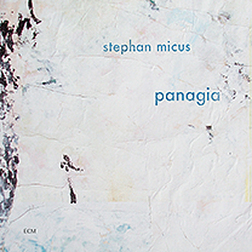 For this, his twentieth album for ECM, Stephan Micus takes his inspiration from six Byzantine Greek prayers, and the title from the Greek word, Panagia which is one of the names for the Virgin Mary. In doing so he has created a calm and reflective work that he dedicates not just to the Virgin Mary and the Christian faith, but to ‘the female energy that is everywhere in the world’.

Using his voice and Bavarian zither with numerous other unusual and seldom heard instruments that he has collected on his travels around the globe, Micus uses the recording studio to create a complete multi-tracked musical vision in which he plays all the instruments himself.

In such projects it is easy to over elaborate, or add additional instruments and voices purely because it is possible to do so and not necessarily for the good of the music. Avoiding such pitfalls, the music on this disc is carefully planned and executed in a way that allows the music to unfold and breathe in a natural and logical manner.

The textural emphasis is created by the predominant use of the ethnic stringed instruments and Micus’s own 14-string guitar, although the unusually soft tones of the Chinese gongs with Micus’s voice on ‘I Praise You, Shelter of the World’ have a charm and allure or their own.

Elsewhere Micus’s recital of the chosen Byzantine prayers, interspersed with the five instrumental pieces, the listener is drawn into this musical world that perhaps should be inhabited than merely listened to.

The CD booklet has translation of each of the prayers and offers descriptions of the individual instruments utilised on the recording, but this information is purely secondary to the extraordinary music on the silver disc. An album that is not jazz by any stretch of the imagination, but one that will have improvisation in its origin, and wide appeal to those with and open mind and ears. 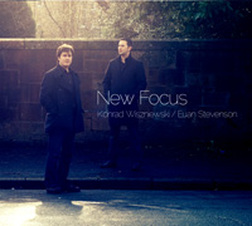 Released in 2011 and strictly speaking no longer a new release I have included a review for those, who like me, missed this first time around.

Quite simply, New Focus is a stunning piece of work that seamlessly blends genres and instrumentation into an album of subtle beauty. Forget the idea of a jazz quartet with a classical string quartet (and a harpist) added as a bolt on. This is a fully fledged aggregation that requires all the component parts to make the music sing (and swing!).

With strong compositions from both leaders, and some sharp arrangements from pianist, Euan Stevenson, they have succeeded in delivering an album of delightful themes, interesting orchestrations and some tough straight ahead blowing.

Utilising an extremely strong rhythmic partnership of drummer Alyn Cosker and bassist and label boss, Michael Janisch, one can be sure that the music is securely anchored; whilst pianist Stevenson shows us what a remarkable touch he has at the keyboard, making his accompaniment and solos blend perfectly with both the rhythm section and strings.

Saxophonist, Konrad Wiszniewski, shows what a strong player he has become over the last few years, handling the role of stating the highly melodic themes in a manner that can be tough or tender by turns. In his solos he also ably demonstrates an ability to turn his warm and full tone on the slower pieces to controlled and dynamically varied full throttled roar on the opening and closing tracks, “Nicola’s Piece” and  “Parson’s Green”.

If this one slipped under your radar on its release in 2011, don’t let it by pass you this time around. 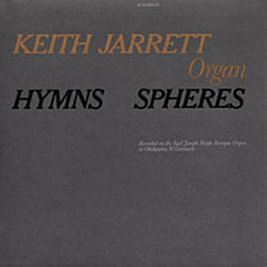 Chronologically recorded less than two years after Jarrett’s staggering Köln Concert the music on this 1976 double LP release now finally finds its way onto CD, some 27 years after the first CD issue Spheres in 1985 which saw fit to only include four of the eleven ‘Spheres’ movements.

Now for the first time we have the full performances available on the silver disc, complete with the opening and closing ‘Hymn Of Remembrance’ and ‘Hymn Of Release’, and it is perhaps as a whole, and with the passing of time, that this astonishing music can be reassessed and appreciated.

Performed at the Abbey of Ottobeuren in Bavaria on the Trinity Organ, the larger of the two Karl Joseph Riepp (1710-1775) organs at the abbey, Jarrett informs us in the liner notes that ‘No overdubs, technical ornamentations or additions were utilised, only the pure sound of the organ in the abbey is heard. Many of the unique effects, although never before used, were accomplished by pulling certain stops part way, while others remain completely open or closed. Amazingly, all baroque organs have always had this capacity’.

What is not known is how much time Jarrett had with this incredible instrument prior to the recording. If, as is indicated it was indeed very little, then that makes this elevating music all the more remarkable. True of the moment improvisations with the musician not just finding the musical language to convey his ideas but also the ‘improvising’ the sounds as the music progresses.

Utilising pitches and notes discovered outside of the tempered scale gives the music a heightened sense of drama and tension that is wonderfully released by Jarrett’s use of dynamics, showing as much control as he would over his more familiar instrument of choice.

At the time of the original LP release critics made much of the comparisons with the music of Ligeti and Messiaen, but to these ears Jarrett approaches this music as if he too has the right to create great organ music on his own terms.   And this he does, with many of his familiar traits at the piano not being replicated on the larger keyboard, but being modified at the time of performance to produce music that is both dignified and absorbing. 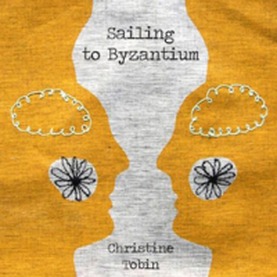 I have written previously about the consistency and quality of Tobin’s development, and this new album ranks right up there with her best.

Born out an invitation by the National Library of Ireland to perform as part of the celebration of their W.B. Yeats ‘Summer Wreath’ celebration, Tobin has developed the concept from the original four poems set to music to the thirteen glorious tracks on this CD.

No newcomer to setting music to poems, having previously tackled works by Paul Muldoon and Eva Salzman, the singer/songwriter has excelled in her aims, producing an album of true artistic integrity and worth with the music adding a new perception and depth to Yeats words.

Expanding her core band, albeit sans drums, with Kate Shortt’s cello and the ubiquitous Gareth Lochrane on flutes were an inspired touch, and bring a whole new array of colours to the arrangements. The use of ethereal electronic sounds of Robson’s guitar and arco cello on ‘The Wild Swans At Coole’ create a lush backdrop that is so much more than just a mood enhancing device, whilst elsewhere the guitarist provides lithe single lines throughout that compliment Christine’s voice at every turn.

The serenity and calm that is imbued in Christine’s arrangement and delivery of ‘The Memory Of Eva Goore-Booth and Contance Markievicz is quite breath-taking, with Shortt’s cello again making a most telling contribution. Mention should also be given to Liam Noble’s contribution at the piano, and his selfless playing that is totally at the service of the music as a whole (although it must be said he does get off a couple of cracking solos).

However picking out individual tracks is secondary to hearing how the album works as a whole, and that is how it is heard to its best effect. In one sitting where one can simply immerse oneself in the words and music of two true artists.

This is far and away the best album I have heard in 2012, a genre defying album that just gets better each and every time I hear it. Tobin has reached a stage in her career where she is totally at ease with her abilities and musical goals, and I for one look forward to hearing where she will next take us on her unique musical journey. 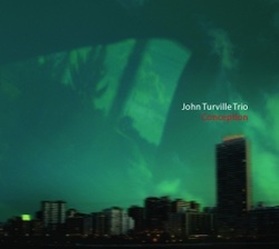 John Turville’s latest offering, following the  acclaimed Midas set from 2010, is a  delectable mix of  contemporary piano trio with a hint of tango, that has played such a large part in the  pianist’s musical life.

An album that is brim full of complex and intriguing themes from Turville’s longstanding trio, and this musical empathy is immediately and appealingly apparent from the  outset.

From the opening track ‘Pharaoh Ant’ the trio  make their mark, dragging the listener in their wake. With this immaculate recording everything can be heard clearly giving full rein to Turville’s touch  on the piano , to bassist Chris Hill’s voluptuously full tone, and the crisp kit  playing of  Ben Reynolds whose playing is a delight from start to
finish.

Throughout the set the trio throw up some unusual rhythms and meters, but never in a way that jar, but sound completely natural and unforced. The addition of Eduardo Vassallo on cello for a couple of tracks brings an
additional authenticity to the tango inflected pieces, while the Hill’s arco bass on ‘Milonga’ is a wonderful surprise.

The title track ‘Conception’ if the most immediately straight ahead piece on the album, is a fitting climax, with the pianist acknowledging his roots and lineage, yet still bring something new to the table.

All in all this an intelligent and sophisticated set that demands the listeners full attention, and then when given delivers the goods in plentiful supply.

This is an astonishing achievement, and recommended without reservation.
For more information, visit www.johnturville.com.