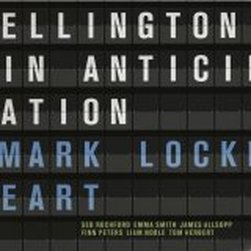 For this his first release on his own Subtone imprint saxophonist, Mark Lockheart, has come up with an ingenious offering that combines original compositions and re-imaginings of classic Ellington tunes, all cast in the Ducal mold.

For several decades now, critics and enthusiasts have written about the timelessness of Ellington's music, and this once again is immediately apparent in the way familiar pieces have been rearranged in such a contemporary manner that is fresh and interesting to both a new audience and seasoned afficianado's of Duke's music. It is also all credit to the saxophonist that he has retained the mood and feel of Ellington's music in the original compositions, providing a seamless and satisfying programme throughout.

As did the great man himself, Lockheart has composed and arranged all these pieces with specific musicians in mind. In doing so, he has utilised many of the colours that Duke used to such effect, including the violin (that was frequently used by Ray Nance), and the clarinets of James Allsopp. Employing the services of Tom Herbert and Seb Rochford, with whom he play with in Polar Bear, he has retained the use of a fmiliar and coherent rhythm team, and pianist Liam Noble works marvellously between working as part of the rhythm team and adding colour with his voicings behind the horns.

And it this very blending of the ensemble and individual voices that make this disc such a pleasure. Of course the solists are top notch but it is the compostions taken as whole that is most effective whether as reworkings of familar vehicles, albeit with a unique twist, such as 'It Don't Mean A Thing (if It Ain't Got That Swing)' or delightful renditions of 'Mood Indigo' and 'Creole Love Call'; or the striking originals such as the tongue in cheek 'My Caravan'  and the stunning 'Jungle Lady'.

Wonderful stuff, and Duke would have loved it. 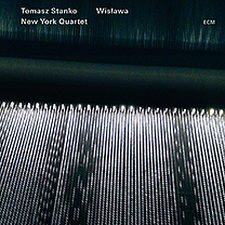 With an already impressive discography for ECM Records, trumpeter Tomasz Stanko adds another impressive album to his achievements, proving yet again that continuous development and exploration are quite possibly becoming the norm amongst jazz's elder statesman.

Inspired by the work of Polish poet, essayist and Nobel Laureate, the late Wislawa Symborska who passed away in 2012, Stanko has turned not his fellow countrymen or indeed European colleagues, but instead assembled his New York Quartet to perform these new pieces.

After speanding some considerable time appearing in the US over the last decade or so, the trumpeter took an apartment in New York five years ago and now divides his time between the US and Warsaw. And this again brings us back to Stanko's longevity as a vital force in the music, as at 70 he is still looking to keep abreast of events in Europe and Stateside, and in doing so has found a new outlet for his beguiling trumpet sound.

Remaining true to his original influence, one is constantly reminded of Chet Baker's fragile yet pristine trumpet sound, and it is remarkable how Stanko has forged a uniquely distictive voice that is reminiscent of Baker's vulnerability combined with the introverted lyricism and strength of Miles Davis.

In a set of strong themes, the trumpeter introduces us to his new quartet featuring the extraordinary young pianist, David Virelles, and the extremely capable and symapathetic rhythm team of bassist Thomas Morgan and Gerald Cleaver at the drums.

The ballads, such as the opening 'Wislawa' all have strong European undertones in both the melodic shape and harmonically abstract feel, but the influence of the young turks in the rhythm section give an appropriately New York vibe on the cooking 'Faces' on disc two, and the aptly titled 'Assasins' that is complete with driving rhythms and dynanmic interplay betwenn Stanko and the thre New Yorkers, with the trumpeter's daring lines and use of split tones.

A contender for album of the year, and recommended unreservedly. 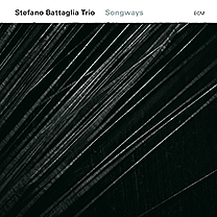 As a follow up to the trio’s previous ECM album, The River of Anyder, this is a truly beautiful album that offers Battaglia’s lyrical piano in a set of original compositions with, as the pianist explains as ‘a new harmonic balance between archaic modal pre-tonal chant and dances, pure tonal songs and hymns and abstract textures’.

However you wish to describe it, the music on the new release develops and builds on previous musical lessons to provide a delicate and intricate range of dynamics and interplay from the three musicians that continue to reveal new and subtle nuances with each playing.

A cursory listen to this disc shows that there is no disguising Battaglia’s background as a classical pianist before his move towards a more improvisational music, and it is these almost conflicting idioms that form the basis for the songs performed by the trio on this latest set.
All of the themes are credited to the pianist, but it is truly the interplay and interpretation of all three musicians that brings the music to life. The compositions all have a particular influence or reference, many of which are from the literary works of Adalbert Stifter, Jonathan Swift, Edgar Allan Poe, and as in Chris Potter’s recent release The Sirens also on ECM, an idea developed from Homer’s Odysseus in the tenderly lyrical ‘Ismaro’

All the pieces convey a strong sense of lyricism and rhythm with piano and bass sharing an almost telepathic rapport in the way Maiore will shadow the Battaglia’s melodies and improvisations, whilst often providing the main rhythmic thrust. Drummer Roberto Dani’s role often requires him to add colour and texture, and he will often employ the use of small tones and the scraping of stick on cymbals to offer a varying light and shade, and shows a more propulsive, even conventional part of his craft on the closing ‘Babel Hymn’.

Another quietly compelling release from Battaglia, that continues to bring growth and development within the piano trio format. 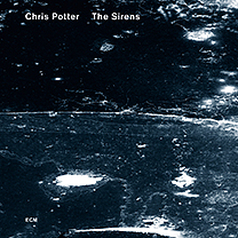 Since his emergence on the scene in 1989 as a precocious teenager, and recording his debut albums for Gerry Teekens’ s Criss Cross imprint, it soon became apparent that Potter was perhaps the finest saxophonist of his generation.

The intervening years have seen the saxophonist as sideman for musicians as diverse as Red Rodney, Dave Douglas, Paul Motian, Herbie Hancock, Jim Hall Ray Brown and Dave Holland with whom he made his ECM debut in 2000 on the bassist/bandleader’s Prime Directive album.

Throughout these apprenticeships we have been able to witness his initial promise mature and develop into one of the major contemporary voices of the current time, and this new release, his first under his own name for ECM, shows another facet of his musical credentials.

Taking his inspiration from Homer’s the Odyssey the saxophonist has come up with eight imaginative themes that have his personal stamp all over them, songlike and robust enough to withstand some pretty tough examination from his colleagues, a prime example being the album’s opener, ‘Wine Dark Sea’.

Potter’s soprano is to the fore on romantic ‘Penelope’, and the gentle ‘Nausikaa', while the title track, ‘The Sirens’ features bass clarinet coupled with Grenedier’s full toned arco bass before giving way to the impassioned cries of the tenor. And this is where the real drama unfolds, as Potter in full cry is full of invention; his tone moving from warm and tender to daring forays into the upper register. The wonderful ‘Kalypso’ courteously offers an acknowledgement to Sonny Rollins, but throughout the tenorist is very much his own man.

Mention should be given the stellar band assembled for the session, with the two keyboards of Craig Taborn and David Virelles blending seamlessly to create the colours inherent in the compositions, and Harland and Grenedier a propulsive and responsive team. Another impressive album from Chris Potter, and one that indicates a new and fruitful path for future exploration.